Languedoc Property Finders continue to be experts on property in the Port du Roy marina in Aigues Mortes.

As testament to this, I just did a google search for Quai des Galions property (One of the marinas that make up the Port du Roy development and came up with this search result........... 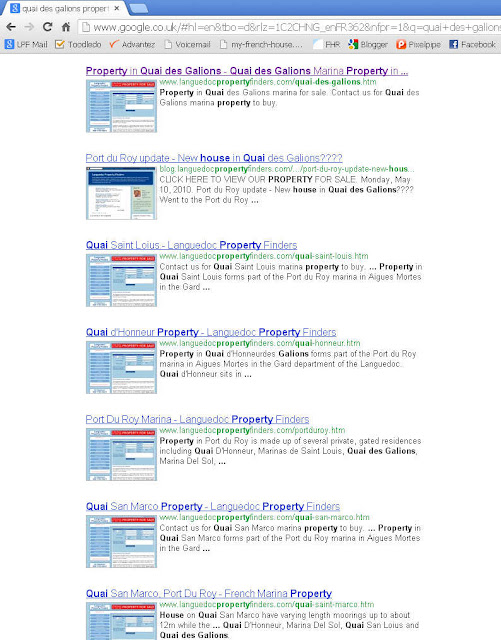 CONTACT US NOW if you are looking to buy or sell property in the Port du Roy.


Posted by Simon Kerridge at 7:22 pm No comments: Links to this post

Tax hike for Paris and Riviera

SECOND homes in “high pressure” areas – including the Riviera and Paris – could be slapped with an extra 20% on top of their taxe d’habitation from next year.

As part of debate on the third “corrective finance law” for 2012, the government wants to create a new levy referred to in the French press as a “super taxe d’habitation”.

This would be on “under-occupied homes”, a roundabout way of saying second or holiday homes.
Posted by Simon Kerridge at 10:17 am No comments: Links to this post