The French government has announced officially that all cars must
carry a single-use breathalyzer kit from July 1st.*

The move, which has been widely reported for some time, was made official
in a decree on February 28th and published on Thursday.

Transport ministry officials told The Local that the rule would apply
equally to vehicles from outside France.

July and August are busy months on the French roads as millions of French
people and tourists head for their holiday destinations.

A fine of €11 ($15) will be charged to anyone not carrying the breathalyzer
kit, but police have been told to start fining only from November 1st.

The new law is the latest attempt to reduce France's road accident rate.

Around 4,000 people died on French roads in 2011, a very slight improvement
on the figure for the year before.

Drink driving is believed to be responsible for one in three road deaths.

The government hopes having a kit in the car will allow people to test
themselves and to give them the means to test others if they suspect they
are over the limit.

The legal blood alcohol limit in France is 0.5 grams per litre.

The single-use tests cost between €0.50 and €1.50 and manufacturers are
rushing to produce enough to meet expected demand.

President Nicolas Sarkozy promised the measure in November in the hope of
slashing drink driving, responsible for 31 percent of fatal road accidents.

Disposable breathalysers have been available in French bars and nightclubs
since then.

New coaches have been equipped with breathalyser tests that prevent drivers
starting the ignition since January 2010. The devices are to be installed
in all coaches by the start of the 2015 school year.

When Sarkozy came to power in 2007 he set the government the ambitious
target of reducing annual road deaths to 3,000 by 2012.

The new breathalyzer requirement will be added to the existing rules
compelling drivers to carry a warning triangle and a fluorescent safety
vest.
Failure to have these in the car can lead to a €90 fine.
Posted by Simon Kerridge at 10:38 am No comments: Links to this post

Another one bites the dust 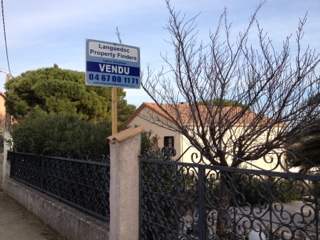 Posted by Simon Kerridge at 6:03 pm No comments: Links to this post

This "NEW" property is being sold directly from the developers after a previous buyer failed to get finance for it's purchase. 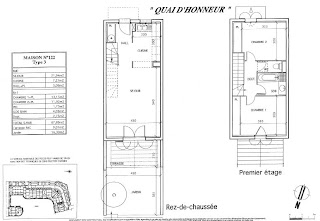 CALL ME NOW if you would like further information on this great house.

Simon Kerridge
www.languedocpropertyfinders.com
Posted by Simon Kerridge at 5:38 pm No comments: Links to this post

Good news from the Government for many homeowners who want to extend and for those
planning to build from scratch on a plot.

From the 1st January 2012 it has been permissible to construct an extension of up to 40m²
without the need to submit a planning application (permis de construire). It is still necessary to
submit a works declaration (déclaration préalable de travaux).

The change only applies to extensions to existing buildings; new and separate construction,
such as a detached garage or workshop, will continue to require a planning application.
A plan of the proposed works is still required. Although the process is quicker, approval of a
works application is not automatic; it will still have to comply with local planning and building
regulations.

Reasons for refusal can include a lack of suitable infrastructure, non-respect of distances
between properties, architectural or landscape reasons, limits on the plot ratio (COS).
If the property is not within an area designated for construction by a local plan (PLU or POS)
then it will still be necessary to submit a planning application.

Also the government has decided to simplify the calculation of habitable space within a
planning application.

From the 1st March 2012 there is a single, unified definition, called the 'surface de plancher'.
The new space definition is the surface area of the internal floors with a height of at least
1.80m. Apart from simplification of the calculation it is hoped to encourage construction of
energy efficient thicker walls which were penalized under the old system. It is also estimated
the change will increase the density of buildings on plots by about 10%.

Do not confuse the surface de plancher with the surface habitable seen on estate agent’s
particulars. The latter also has a legal definition and it excludes as well as internal walls,
partitions, stairs and stairwells, ducts, doorways and windows.

There is likely to be even more good news to come; at the time of writing it is still being
debated. The proposal is to increase the COS by 30% which for example would mean that a
plot of 1000m² with a COS of 0,2 could hold a dwelling with a surface de plancher of 260m² as
opposed to the existing 200m². The debate is over whether to exclude certain “protected zones”
and give Communes the right to opt out.

Many thanks to John Marshall for this article. John is a Chartered Surveyor living full time in France and qualified in both France and the UK.